Tips, Tricks and How-to's for fun, comfy and easy trips!

Are you going on a road trip to District of Columbia, looking for tips about the destinations so you and your party can enjoy it, be comfortable and not spend a fortune? 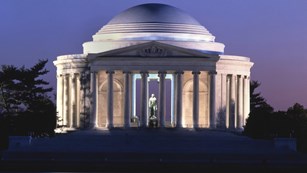 National parks and monuments in District of Columbia

Hot and humid in the summer, cold with icy, slushy snows in the winter.

If you're not from District of Columbia, you may not realize that it would be INSANE to camp inside the District. Have you seen the news in your lifetime? DC has an extremely high crime rate. Forget camping outside in side DC. Camp outside the District and take the Metro or drive in. This is a dangerous city, and can even be dangerous right around the monuments. This isn't 1990. Beware rioters, protesters, crazies, druggies and just plain criminals. Don't worry about the bugs. Stay out of the city after dark.

Nearby, there are private campgrounds close to the District of Columbia. .